The Informal Sector and Taxation in Nigeria

The mass of economic activities can be categorized into formal and informal sectors. The Informal sector, which is the focus of this paper is also known as the “grey economy”. The sector widely acclaimed for its wealth creation function, as well as its personal income generation capacity, through a variety of small-scale/entrepreneurial activities is a largely unstructured interface among/between unincorporated entities in any economy. To this end, the informal sector can be explained as the sum total of income generating activities outside of a government regulated contractual relationship of production.1

The informal sector may be subdivided into Productive, Service and Financial sectors. 2

Hence the National Tax Policy (“NTP”) recognised the potential of this sector vis a vis revenue generation for government and this would be disclosed below.

The NTP, an initiative of the Federal Government driven by the Federal Ministry of Finance sought to set the direction for Nigeria’s tax system as well as provide the basis for tax legislation and administration in Nigeria. 3

The NTP in recognizing the different stakeholders in the Nigerian tax system, identifies the taxpayers as the single most important group while reiterating the need to ensure strict compliance with the tax laws at all times. In this wise, it envisages frequent interactions and engagements between the various stakeholders to ensure seamless administration of tax regimes.

The NTP encourages through innovative policy directions i.e a shift from direct taxation to indirect taxation, reduced direct tax rates (Personal Income Taxes and Companies Income Taxes alike) & increased indirect tax rates. This is all in a bid to stimulate economic growth and create an enabling environment for more investment. Regardless of the form of taxation i.e direct or indirect, a good tax system is founded on equality, certainty, convenience and economy; these are still largely relevant in today’s economy.

Application of Tax Policies to Businesses in the Informal Sector

a. Should businesses in the Informal Sector be taxed?
It is important to note that the informal sector has emerged to absorb the shortfalls of the formal sector, unemployment as well as provide a means of livelihood for the semi-skilled and unskilled unlike. The sheer size of the sector makes it practically difficult to ascertain the actual membership and activities of the sector. However, a recent study by Chatham House Royal Institute of International Affairs indicated that the Nigerian informal sector constitutes as much as 64% of Gross Domestic Product (GDP). This puts Nigeria in a class of its own as the United Nations assessments suggest that for developing economies the average percentage composition of GDP by informal sector ought to be 41% and for countries in transition; 38%. The effect of this information is two-fold. In the first place, it would appear that it means an increase in per-capita income as well as improved standards of living. On the other hand, it would appear that government is losing potential income which would otherwise be revenue for it. The latter effect which is the focus of this paper is worthy of note.

Government support are of three categories, some of them are interwoven in concept and operation. 4 These are: credit policies and strategies, management and technical training, and enabling environment strategies.

Government on its part has over the years attempted to implement programs which are designed to support the operation of this sector. The establishment of the Small and Medium Enterprises Development Agency of Nigeria (SMEDAN) to primarily assist, promote the growth and development of micro, small and medium scale enterprises. In partnership with the United Nations Industrial Development Organization, it birthed the Sub–contracting and Partnership Exchange (SPX) to link domestic enterprises in developing countries to the supply chains of large domestic or international companies 5 with the grant of credit and investment facilities in 1999. Government support are of three categories, some of them are interwoven in concept and operation. Agencies have also been established to administer government assistance. An example of such support is the N1.6 billion special intervention fund – National Women Empowerment Fund aimed at supporting grassroots women operating informal businesses by providing start up and scale-up credit for them. 7 This fund is expected to target 10,000 women per state. Also, established in recent times is the MarketMoni – the Government Enterprise and Empowerment Programme (GEEP) established through the Bank of Industry (BOI), a parastatal of the Ministry of Industry, Trade and Investment is a no interest loan scheme, which is accessible provided there is confirmation of membership of accredited market associations and the provision of Bank Verification Numbers (BVNs).8

It is noteworthy that government efforts would appear albeit minimal given the robustness of the informal sector, it would appear that quite a number of businesses are left out of these schemes thereby creating two germane difficulties for government;

i. Government is unable to capture the existence of these businesses and cannot therefore include them in its tax dragnet.
ii. These businesses do not benefit directly from government support program but survive and grow solely due to the persistence and ingenuity of their owners. There is therefore little or no incentive to voluntarily remit or pay taxes to government.

The above remain germane points in the ongoing debate on government’s morality in taxing or levying businesses in the informal sector or the implementation of tax holidays for such businesses. It is however not the focus of this paper.

b. Challenges for tax collection in the Informal Sector
Basically, effective tax collection is a function of accurate information. Given the operations of the informal sector, information gathering would be a herculean task. Some of the issues plaguing the proper taxation of these businesses include:

c. How should they be assessed for taxation?
In response to these challenges, government must develop smart solutions unique to this sector and the Lagos State Internal Revenue Service (“LIRS”) 9 offers a good reference point because of its approach. Upon recognizing the huge revenue stream in the informal sector, the LIRS had earlier in the year classified the tax payers in the informal sector to be: market men/women and artisans; micro, small and medium scale enterprises (including professionals); and household domestic staff. The LIRS stated that it has begun the process of overhauling its informal sector operations to ease voluntary compliance by tax payers.

Prior to this, Section 6 of the Personal Income Tax Act (Amendment) 2011 (hereinafter referred to as “PITA”) provides for a new sub-section (6) to Section 36 of the Principal Act which states:

“(6) notwithstanding any of the provisions of this Act, where for all practically purposes the income of the taxpayer cannot be ascertained or records are not kept in such a manner as would enable proper assessment or income, then such a tax payer shall be assessed on such terms and conditions as would be prescribed by the Minister in regulations by order of gazette under it prescriptive tax regime”.

In essence, the above provision mandates that the income of a taxpayer from the informal sector shall be taxed in accordance with the prescriptive tax regime.

While PITA relies on the Prescriptive tax regime as means of taxing on the informal sector, the NTP on the hand relies on the Presumptive Income Tax Assessment and it is apparent that these tax regimes have the same intent. According to the NTP, “the Presumptive Income Tax Assessment will require less documentation from the tax payer and also result in a quick and effective method of providing an assessment”. It would appear that the intent of both tax regimes is to develop a flexible plan to enhance voluntary compliance and minimize tax evasion. It is based on a taxpayer’s supposed income given the fact that most participants in the sector do not keep proper records of account. Unlike the self-assessment system of tax wherein a taxpayer prepares and submits its audited account and tax computations which is subject to acceptance or rejection by the relevant tax authorities upon review, the presumptive tax regime assesses a tax payer on perceived income in view of its lack of documentation. It would appear that this assessment can be determined based on best judgement. While voluntary compliance is a benefit of this tax regime, the “imprecise” nature of the tax assessment could pose hardship to the business owner.
Income under this tax regime may be estimated by: 10

It is however advisable that a massive tax enlightenment for participants of the informal sector be embarked upon to reiterate that tax payment is part of their civic duties. The enlightenment must also seek to demystify the process leading up to taxation which is needlessly shrouded in complex financial jargons.

Given the fact that to access government support, business owners are required to undertake some form of registration with it, inter-agency collaboration would even helpful to at least identify these potential taxpayers. It remains incontestable that the law mandates tax payers to pay their taxes regardless of whether or not government provides infrastructure to support economic activities, it would however be a moral victory for government to fulfill its duty to its citizens, in order to motivate/demand the citizens to fulfil their civic duties. The need for government to capture the informal sector into the tax net has never been more urgent. Commodity prices have remained volatile globally, diversification into other better paying natural resources require massive investment income which government does not have readily. Taxation is a viable and long-lasting solution to government revenue shortfalls. Therefore, the effort of all players should be to evolve a tax system that works well for all parties and the economy. 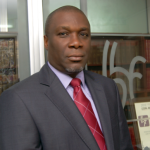 This edition marks the beginning of Volume 2 of our quarterly newsletter. This edition is unique as the articles featured herein are not only educative but they are evolutional. The featured articles seek to expand the frontiers of our Intellectual Property laws and Corporate-Commercial law and practice as we know it. More significantly is the fact that we have welcomed articles from guest-writers from other law firms.

For Genevieve, the Tax policies and government income perhaps, can further be improved if the informal sector of the economy is considered. The ingenuity of such thought in the present economy of Nigeria cannot be over-emphasized.

Our guest writers too were not left in the action. Ani Ubon critically examines the much controversies and deception surrounding the appellation ‘Alternate Director’ and presented us with a heavy recommendation – that the appellation be expressly expunged from the Company & Allied Matters Act.

For those who may have read our earlier work on Image Rights (Vol 1, Issue 3), one cannot resist a further and deeper evaluation of Image Rights in the light of present decisions of courts and constant media-cum-image issues around the world. Thus, Alex in a deeper evaluation presents us, with the possibility of a relief at common law.

We have introduced a section that captures some other recently trending topics in the IP sphere in Nigeria. Look out for in-depth analysis on some of these topics in the next edition of our newsletter.